Meet the People Behind “Ernie”

Peter Carey (Ernie) is a long-time member of SAG-AFTRA, and a member of Actors Equity Association. His early theater work started at the Detroit Repertory Theatre, and at the Hilberry Studio Theatre at Wayne State, as a guest with the Heartlande Theatre Company. Since then, Peter has been seen in 18 feature films including , The Citizen (2012), Real Steel and Machine Gun Preacher (2011), and Mooz-lum and Meet Monica Velour (2010). Peter has also been an accomplished voice-over artist for the past 35 years. When not working, he enjoys all that Michigan has to offer in the way of outdoor recreation, especially water sports such as stand-up paddleboarding. Peter is honored and thrilled about the opportunity to carry on the wonderful theatre tradition started by Mitch Albom and the great Will Young. 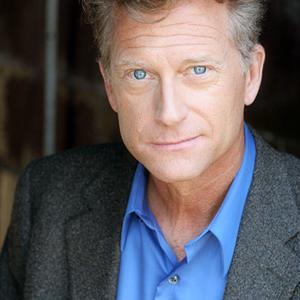 Timothy “TJ” Corbett (Boy) was raised in St. Clair Shores, Michigan. Encouraged to explore his artistic interests, he graduated from the University of Michigan – Flint with a BFA in Theatre Performance in May ‘10. Following graduation, TJ founded and ran a small theater company, “Hole in the Wall,” which then went on to perform at the college and in the Southeastern Michigan area. This past summer, they took their improv show Puck Heads to Chicago and performed at the Gorilla Tango Theatre. In 2008, TJ was graced with the birth of his son, Delan. He would like to thank his family and friends, whose continuing support and belief in him has gotten him to where he is today. He loves you all!

Mitch Albom (Playwright/ Executive Producer) is an internationally renowned and best-selling author, journalist, screenwriter, playwright, and radio and TV broadcaster. His books have collectively sold nearly 30 million copies worldwide, are published in 42 languages, and have been made into Emmy Award-winning and critically-acclaimed TV movies. His first play (co-written with Jeffrey Hatcher) was Tuesdays With Morrie, based on his best-selling memoir. It debuted off-Broadway in the fall of 2001 and has since seen more than 200 productions around the world. Albom then penned the comedies Duck Hunter Shoots Angel and “And the Winner Is…”, both of which debuted at The Purple Rose Theatre in Chelsea, Michigan, and have seen dozens of productions around the U.S. In 2010, Albom was honored with the Red Smith Award for lifetime achievement in sportswriting. He operates five charities, including the S.A.Y Detroit Family Health Clinic, the nation’s first medical clinic for homeless children, and The Have Faith Haiti Mission in Port-Au-Prince.
Mitch Albom photo by Glenn Triest 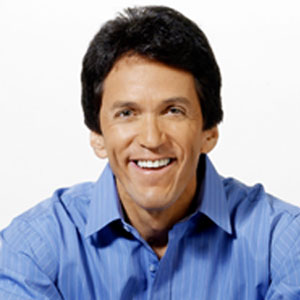 Tony Caselli (Director) Along with being a huge baseball fan, Tony is also Artistic Director of the Williamston Theatre and has directed nearly 40 professional productions at wonderful places such as Meadow Brook Theatre, Tipping Point Theatre, Performance Network Theatre, The Gem Theatre, the Williamston Theatre, The Purple Rose Theatre Company, Urban Stages (Manhattan), and Studio Arena Theatre (Buffalo,New York). Prior to founding the Williamston Theatre in 2005, he worked for The Purple Rose Theatre Company for 12 years. Tony received his degree in Theatre from Eastern Michigan University, and he got his love of baseball from his father and grandfather. He lives in Chelsea, Michigan with his wonderful wife and children, who continue to be his inspiration.

Marc Rosenthal (Producer) is extremely proud to be a part of “Ernie.” He is the Executive Producer of “The Mitch Albom Show,” and his association with Mitch dates back to their childhood years in New Jersey, outside of Philadelphia. An exceptional vocalist, Rosey fronted the Marc Rose Dance Band, which performed throughout the country for over thirty years. His theater credits include a producer’s role for Legs Diamond, starring Peter Allen on Broadway. “I am honored to be able to bring Ernie’s iconic life to the stage and share this American treasure with everyone whose life he’s touched in one way or another. Mitch has skillfully crafted this play, as only he can, and I know each and every person who sees ‘Ernie’ will be touched and moved.” Rosey is the proud father of three daughters, who have grown up beautifully thanks to their incredible mom, and he thanks all of his “girls” for the freedom and opportunity to pursue whatever path life unfolds.

Megan Buckley (Stage Manager) is pleased to be working at the City Theatre once again! An avid Tigers fan, “Ernie” is one of those once-in-a-lifetime opportunities for her. Megan has been professionally stage managing all over Southeastern Michigan and across the country for the last ten years. Favorites include Maidens, Mothers and Crones at Williamston Theatre, The Blonde, the Brunette & the Vengeful Redhead at Performance Network Theatre, and Altar Boyz here at the City Theatre as well as in Des Moines, Iowa. She has been a proud member of Actors’ Equity Association since 2005. Megan would like to thank her dad for taking her to all those games at Tiger Stadium and for letting her take him to games at Comerica Park, her mom for always supporting her in both theater and life, and a special and loving thanks to Birdie for showing her what infinity and beyond really means, forever and always.

Alison Dobbins (Video Designer) is Assistant Professor of Integrated Performance Media Design at Michigan State University. She has recently worked with Jin-Wen Yu on “They Marched into Sunlight,” a video and dance piece at the University of Wisconsin. Alison started the Lansing Media/Theater Project, a collaborative experiment to examine media in theatre and offer educational workshops to area theater practitioners. She is a motion graphics artist interested in documenting and exploring new ways of presenting creative activity as a projected performance art.

Edward Nahhat (Associate Producer/Legal Counsel to Ernie the Play, LLC) is an Attorney with Caputo Brosnan PC and has been practicing law for 20 years in the metro Detroit area. His legal “credits” include all levels of State court as well as Federal District court. Mr. Nahhat is also an award-winning director, actor, drama coach, and playwright with many stage and film credits. In 2001 he founded Water Works Theatre Company to provide new career growth opportunities to local artists. He still serves as Executive Director of Water Works’ popular Shakespeare in the Park in Royal Oak outdoor professional theater event, along with its two outdoor performance and educational workshops for children, KidsAct! and Water Works Academy. He is a graduate of Wayne State University’s BFA in Theatre program as well as Wayne L aw School. In 2006, Mr. Nahhat received the State Bar of Michigan’s John Hensel Award, recognizing his outstanding contribution to the arts in Michigan.

Kirk Domer (Scenic Designer)is the Chairperson and Associate Professor of Scene Design for the Department of Theatre at Michigan State University. He received his MFA in Scene Design from the University of Wisconsin-Madison. As the recent Resident Scene Designer for the Ohio Light Opera, Kirk has designed World Premiere Operettas of James Stuart and Robert Ward’s A Friend of Napoleon, Amanda Jacobs and Lindsay Baker’s Pride and Prejudice, and the North American Premiere’s of Emmerich Kálmán’s A Soldier’s Promise, The Violet of Montmartre and Autumn Maneuvers. He has designed scenery and props for Eastman School of Music, Mercury Opera, The Williamston Theatre, Performance Network, Stormfield Theatre, City Lit Theatre, The Wharton Center for Performing Arts, The BoarsHead Professional Theatre, The Madison Repertory Theatre, Summer Circle Theatre, and Make*a*Circus. His book entitled Collaboration in Theatre about the collaboration process between director and designer, co-written with colleague Rob Roznowksi is available at www.amazon.com.

Steve Shannon (Sound Designer) has been the Production Director for “The Mitch Albom Show” on WJR Radio since 2000. A graduate of the Specs Howard School of Broadcast Arts, Steve makes his theatrical debut with “Ernie.”