“Ernie,” Mitch Albom’s hit play dedicated to Ernie Harwell, made its world premiere at the City Theatre in Detroit on April 28th, 2011, one block from Comerica Park and just in time for fans to visit with the “Voice of Summer” once again.

“Ernie” is set on Ernie Harwell’s last night at Comerica, when the Hall of Fame broadcaster is about to give a moving thank you to a grateful city.  Just before he walks onto the grassy field, he encounters an unusual boy who is eager to know all about him, coaxing Harwell into giving one final broadcast – the “broadcast of his life.”

In real life, Harwell and Albom spoke often about doing a stage play one day.  According to Harwell’s longtime friend and attorney, S. Gary Spicer, Ernie “had always hoped Mitch would author it”. Having called Harwell a friend for 25 years, Albom, the  hugely successful playwright behind “Tuesdays With Morrie”, was willing to collaborate, but in 2009 Harwell’s health faded and the project had to be shelved.

After Ernie’s passing, Albom picked up the pen again, and the result has thrilled over [TK]42,000 theater-goers over the past six summers.

“Ernie’s story transcends sports,” Albom says. “It’s a story of 20th century Americana and a love affair with baseball and a childhood sweetheart. Ernie went through the Depression, World War II, the segregation of sports –he also called some of the grandest moments ever witnessed on a ball field. It’s an honor to bring such a rich character to the stage – especially for so many fans who loved him.”

In addition, a portion of the proceeds from “Ernie” will go to several of his most-loved charities. 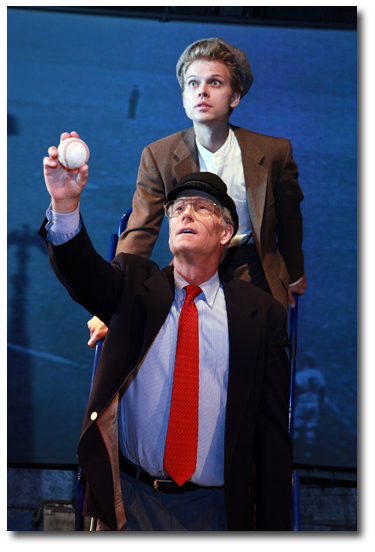 Back by
Popular Demand! 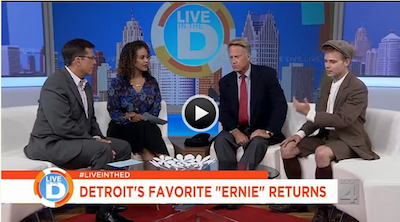